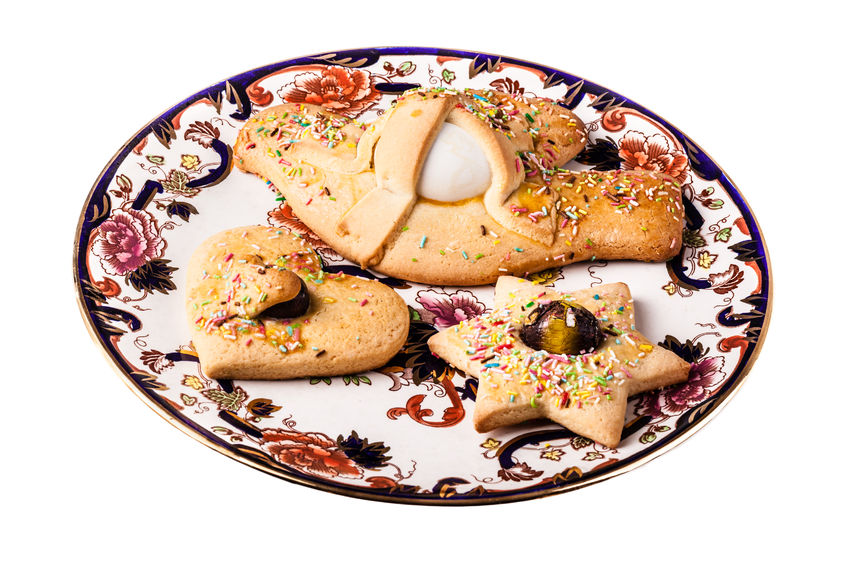 The Sicilian author, Gesualdo Bufalino said that “every Sicilian feels not only a spectator but an actor during Easter time, aching first, then elated, of a mystery which is its very existence”.

The Sicilian Easter is the most intense celebration on the Island. It is a moment of unity that brings together the sacred and the profane, tradition and culture, family and food. It is a unique moment where Sicily finds itself in its origins. Easter celebrations are everywhere: from small towns to the intimacy of the houses and the noise in the streets.

Easter celebrations in Sicily clearly refer back to Spanish domination. But the influences go back to the Middle Ages and even before to the Greek world and pre-Christian traditions of spring revival. That is why you can see fava green beans, bay leaves, oranges and myrtle carried in the processions. It’s the same symbolism that you can find in the architecture of the cities as well as in people’s kitchens.

The menu during the domenica di Pasqua , Easter Sunday, is  a unique tradition which may vary from town to town. Lamb is a must in the menu. It is cooked in the oven with potatoes, onions and some spices, before being marinated in red wine for 12 hours.

Sweets are the quintessence of  the Sicilian Easter–almond paste sheep as well as marzipan, the”cuddure or aceddi cu l’ova” which is a large biscuit, often bird-shaped, and including one or more hard boiled eggs, and cassata, which is the queen of the Sicilian pastries. 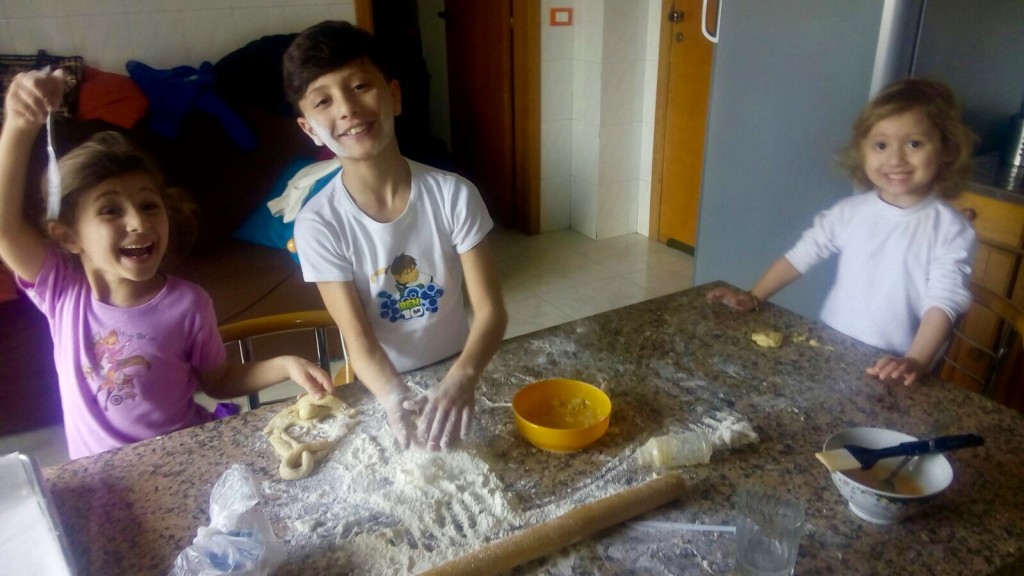 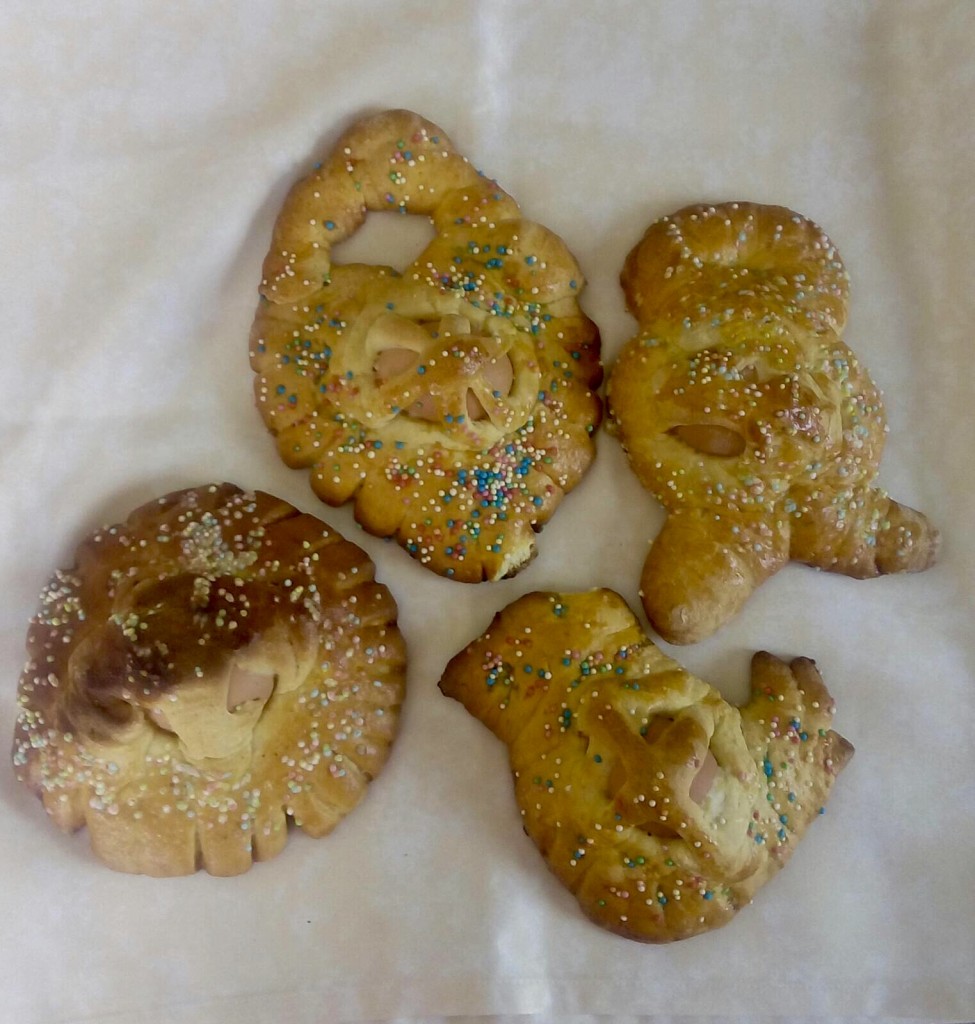 Delicious Cuddure: The result of their work

The most important Easter celebrations are in Trapani where it is held the famous Procession of the Holy Friday called “I misteri”.  The mysteries are the different scenes of the Passion of Christ depicted in wooden statues carried on the shoulders by men. 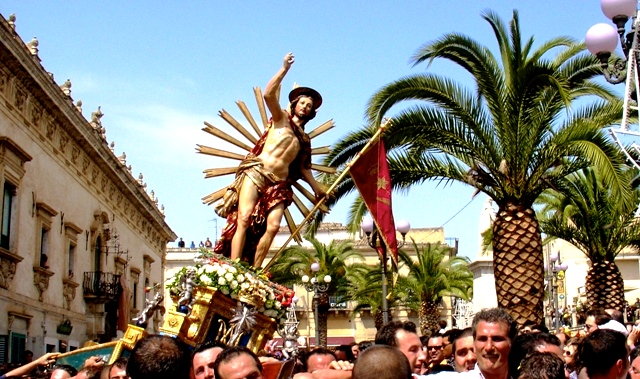 The same ritual takes place in Caltanissetta with the Procession of the Mysteries of Holy Thursday. And again at Enna where a congregation of almost 2000 men move slowly along the streets wearing hooded red and white costumes,  carrying trays of the 25 symbols of the martyrdom of Jesus.  The reason they wear the hoods goes back to Spanish congregations  and also to the Cappuccini friars.

Piana degli Albanesi, a village near Palermo founded by an Albanian community in 1488, fleeing from the Turks, celebrates the Orthodox Easter. 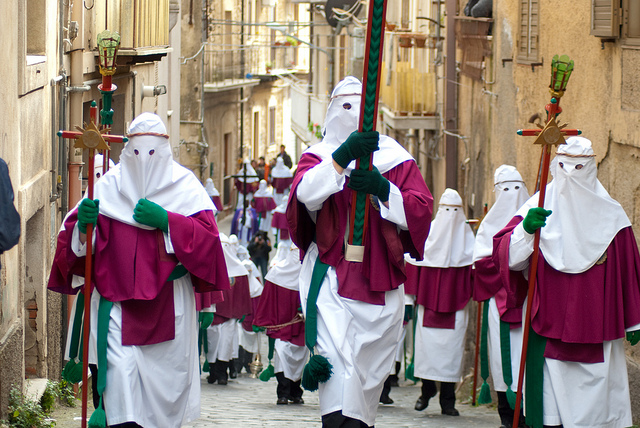 In my hometown of Adrano, Diavolata has been represented for 250 years. It is a play about the triumph of good over evil while in Scicli near Ragusa, on Sunday they celebrate “U Gioia”, dedicated to the resurrection of Jesus.

Easter in Sicily resists globalization, it becomes an imperishable time, surviving the centuries.  It is a bond that Sicily wants to perpetuate with its past, and not lose its identity.

Easter becomes the Sicilian essence, with all of  its contradictions of light and shadows. A representation of itself, sometimes excessive, extreme, and contradictory, in which each Sicilian can identify.

by Liliana Rosano
Journalist and writer

~~Liliana was born and raised in Sicily, close to Mt. Etna. She was educated in classical studies, and attended  “Liceo Classico” for 5 years, which in Italy offers the best curriculum in Latin, Ancient Greek, Italian Literature, and Art History. She also studied Law for 4 years and has a Masters in Political Science. Liliana lived in Greece for 6 months and in Paris for a year, studied French and Modern Greek and speaks both languages. She worked at the UN in 2010 and has been a journalist since 2005. She now works as a free lance journalist for several Italian newspapers based in Italy and New York (Repubblica.it, Gambero Rosso, La Voce di New York, Agrodolce).  Watch for her upcoming book about Sicily entitled, “Sicily and Myth”.

Thank you, Liliana, for sharing a bit of Sicilian Easter traditions with us.