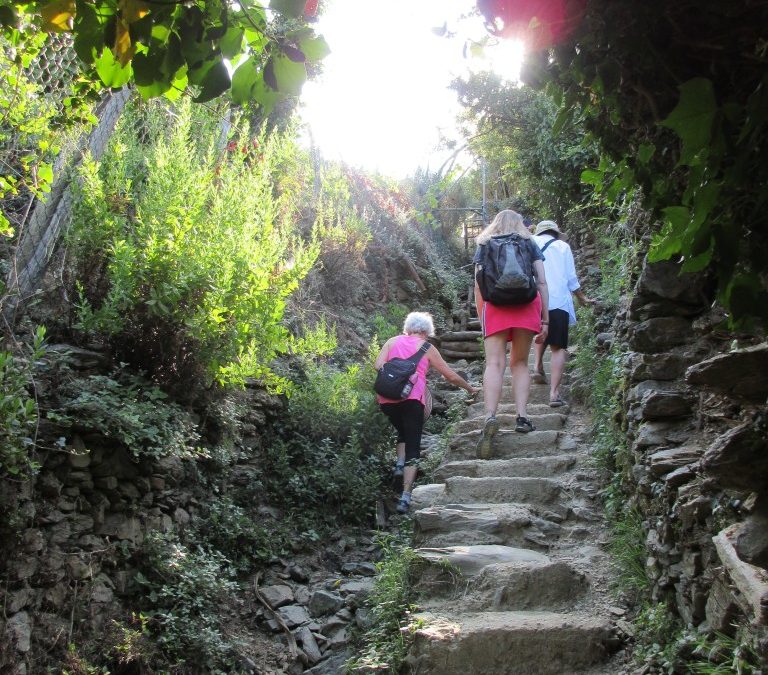 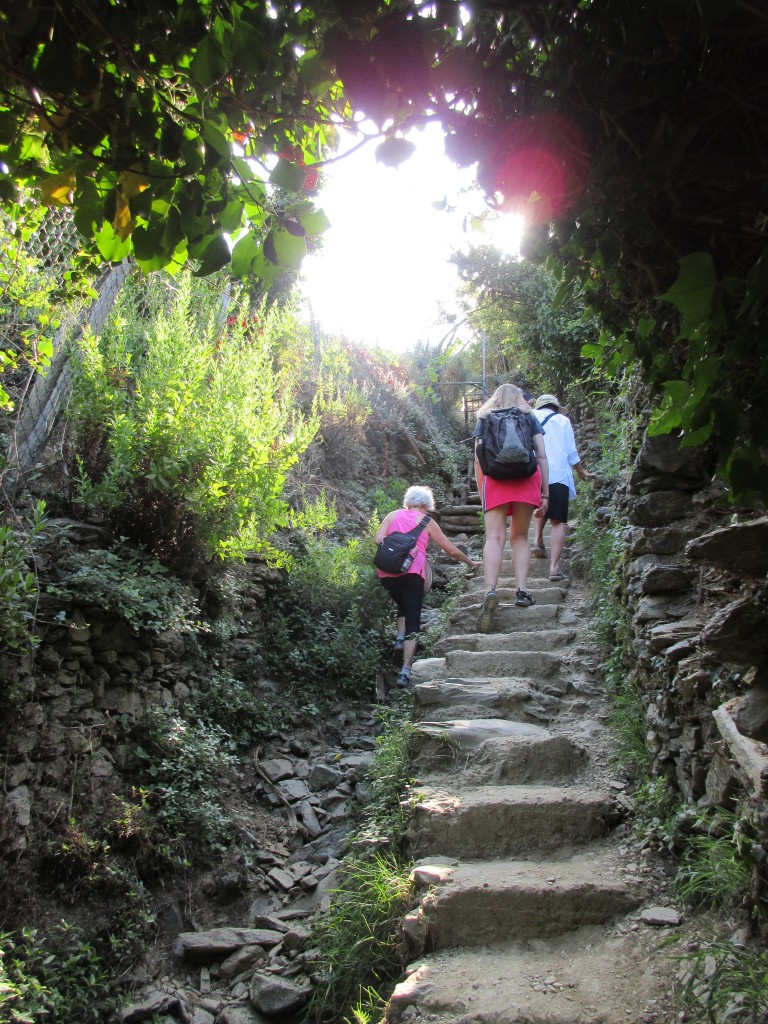 According to the Local.it news “this summer, park authorities in the Cinque Terre will limit access to the Cinque Terre Trails to a fixed number of tourists, who will have to buy a special card online well in advance, although they are yet to establish what the figure will be.”

September 2016 will be the 8th year that I have stayed in Monterosso, Cinque Terre during my Italy Retreat For Women.  Over the years, we have stayed anywhere from four to eight nights each time, before moving on to Tuscany.  I must admit I see the numbers of hikers and tourists enormously increasing, mostly due to the huge cruise ships that dock in La Spezia, and send their guests on trains and  buses to visit Cinque Terre for the day, then return to the ship for dinner and their next port. The Cinque Terre villages are small, and to see an exorbitant number of groups of 40 people tromping through does seem a bit over-the-top.

The officials are afraid that the millions of visitors who hike the coastal trails in the Cinque Terre National Park,  a Unesco World Heritage site, are destroying them.  According to national park president, Vittorio Alessandro, who spoke to  La Repubblica they expect to announce by May 2016 how many tourists will be permitted to walk each trail every day.

However,  my hotel in Cinque Terre informs me that this does not affect those who stay in the (5) Cinque Terre villages. Keep a look out for updates in the coming months.

UPDATE July 2016: There are more trains running in 2016 to alleviate the crowds–trains every 20 minutes within the 5 Cinque Terre villages and on Trenitalia.com you will find that there are now Cinque Terre Express Trains from La Spezia to the Cinque Terre towns. When you search the website for TrenItalia, you may choose a different language, and it’s easier to just search one-way at a time, not round-trip.

Please be careful of pick pockets on the trains. Remember someone well dressed could be the thief! Hide your money.

July 2016: The Via Dell’Amore Trail from Riomaggiore to Manarola is still closed since the landslide in September 2013.

Cinque Terre is not the only site being protected.  In Rome, the iconic Spanish Steps are undergoing construction because of the exorbitant amount of visitors each year.  Although not in Italy, another one of the endangered sites, Peru’s Machu Picchu, limits the amount of visitors allowed, and requires travelers to stay on one of three trails as a way to protect the ruins.

The Sentiero Azzurro, the hiking trails, wind up and down the mountainsides, through vineyards, and forests offering breathtaking views of the Ligurian Sea, the northern part of the Mediterranean Ocean 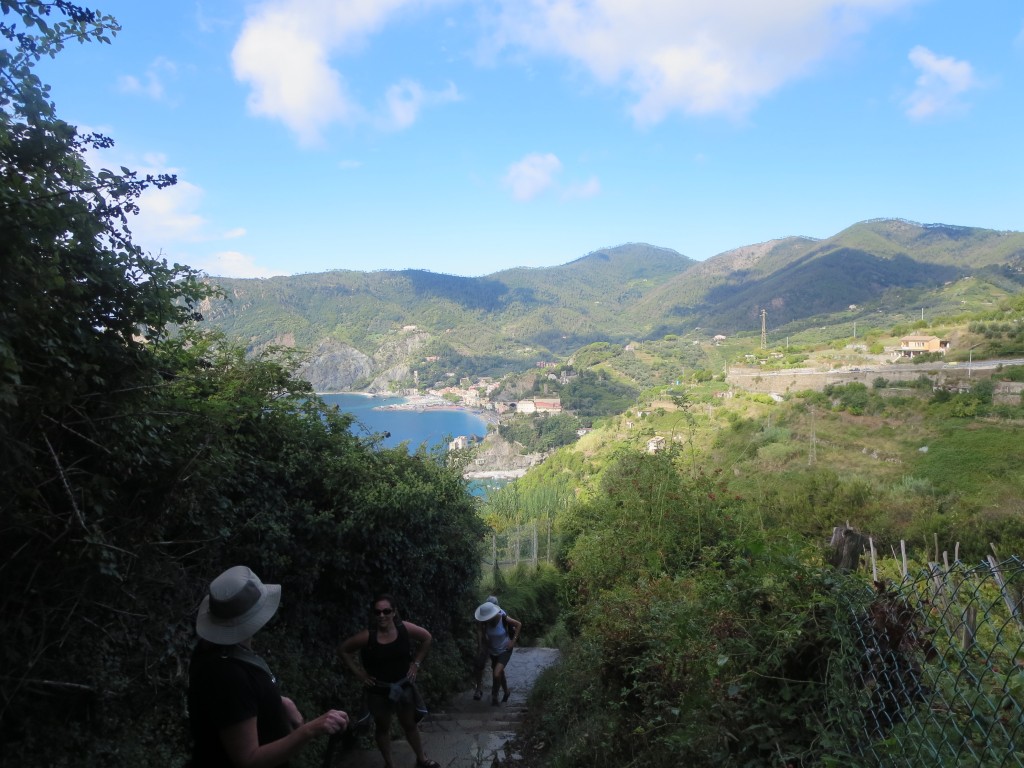 The trails link the five car-free Cinque Terre towns of Monterosso, Vernazza, Corniglia, Manarola and RioMaggiore. All of the trails are not always open, even the easy flat side-walked trail called the Via Dell’Amore has not been open since a landslide in the Fall of 2012 forced its closing. Be prepared to climb lots of steps (from Monterosso to Vernazza there are 600-700 steps in total, but scattered throughout the 90 minute hike). The jaw-dropping views are worth the effort. Be sure to take water to drink as it can be very hot.