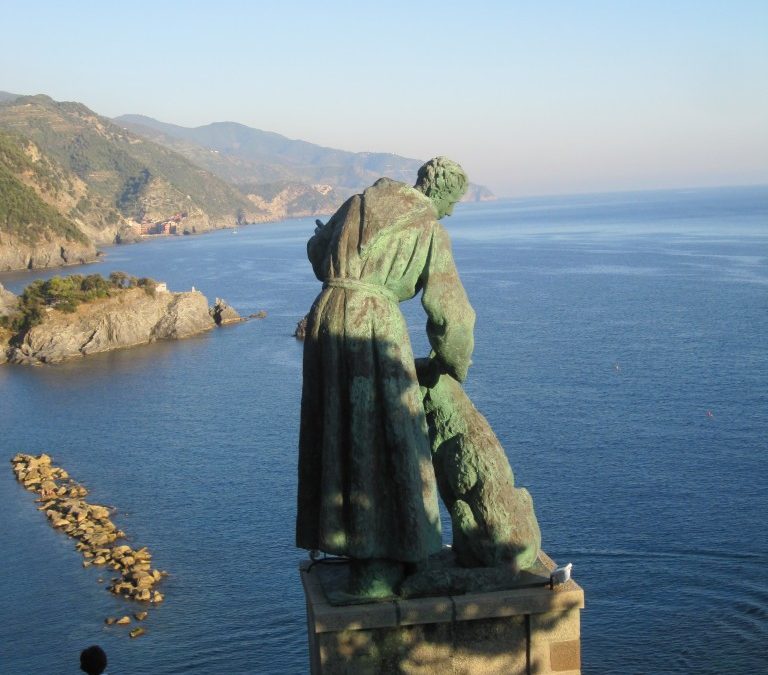 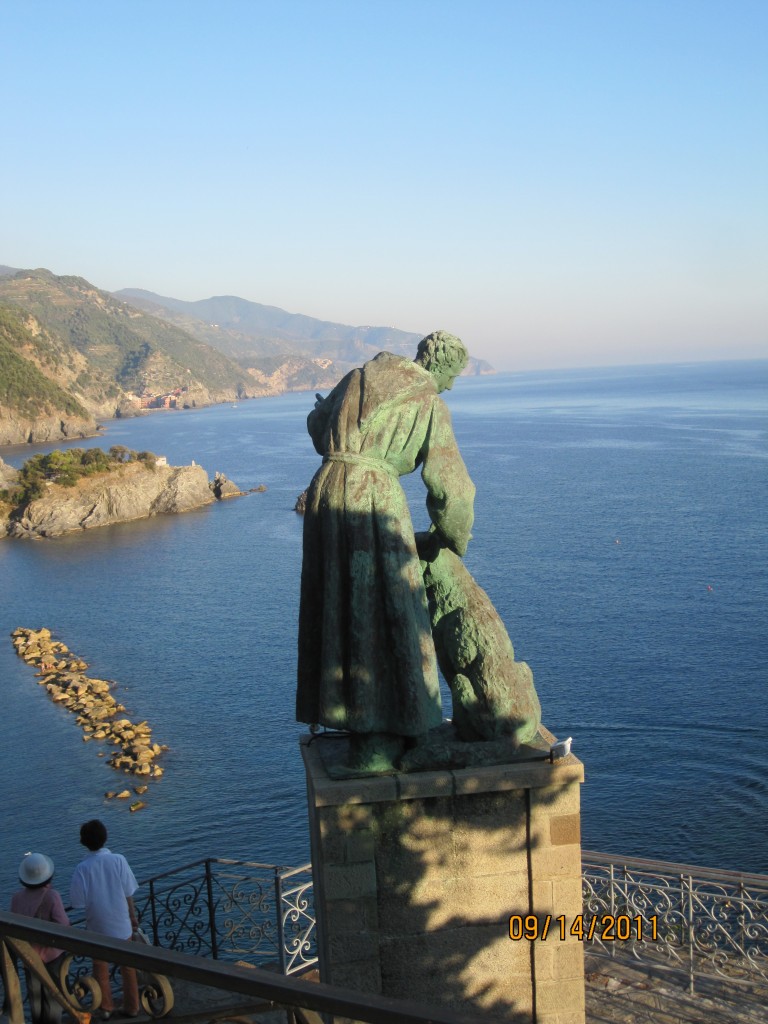 Guest Post by Nancy Kirkendall, participant of my Italy Retreat for Women 2013

The Chapel of St. Francis in Monterosso, Italy

I’ve always been an early riser. I often wake a little before five when the sky is still dark and the air is fresh and full of life.  This morning in Monterosso was one of those mornings. It would be hours before I would meet my friends for the afternoon hike from Monterosso to Vernazza.  How would I spend my time alone?   I’m not a coffee drinker and although the sea beckoned me,  it was much too rough and cold to swim.

‘A walk to the monastery,’ I thought to myself.  Up the black stone path to the north of town was a stature of St Francis. Above the statue I had been told there was a Franciscan Monastery. I began my walk up the steep winding path in the cool morning air. I admired the trees and greenery and the fuchsia colored flowers  that lined the trail.  The grey green sea crashed against rocks and crescendoed into wild mountains of white foam.  When I reached the top of the hill there was a stairway that meandered down to the statue of St Francis.   I walked down to pay homage to this amazing man who had relinquished his rich life for a life of poverty and service to the sick and the poor. While I gazed up at the statue of St Francis, a man walked down and stood beside me. His hair was lightly grayed, his eyes steel blue and his face weathered and brown. “Buongiorno” I said practicing one of the few Italian words I had mastered.” Buongiorno”, he replied. I immediately recognized his accent to be French, not Italian. “Do you speak English?“ I asked. “Yes.” he replied, “You are French?” I asked. “Yes”. “Do you know if the monastery above is open? ” “No, it is not but the chapel is”. “Thank you”, I smiled. 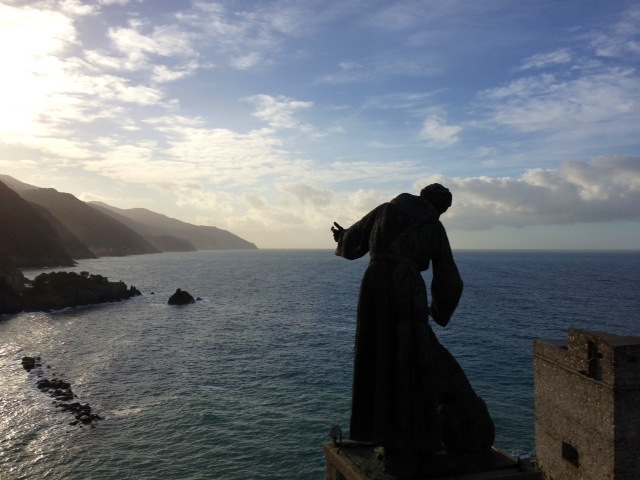 My heart leapt when I heard there was an open chapel  above that was linked to the monastery.  I followed the steep stone stairs up the hill through the trees. At the top, the path opened to a small courtyard and a charming grey and white stripped marble chapel.  The carved wooden doors were open and welcomed me to an ochre painted interior with dark wooden pews and a hand carved beamed ceiling.  The walls were adorned with paintings of saints and to the left was an altar piece representing a Crucifixion. The main altar was made out of wood and a niche where a Madonna  overlooks the altar.

I sat on a wooden pew in front of the altar and gazed at the Madonna and then closed my eyes.  Minutes from my eyes closing I heard a faint rustling coming from the back side of the altar. Then the melodious sound of Gregorian chants. It took me awhile to realize the monks were on the other side of the altar singing. Their melodious chants filled the hall and  opened my heart and drew my awareness inward.

A month later, after my return home, I learned from a friend that the Gregorian chants I had enjoyed, were actually piped in music and not real live monks chanting.  I must have heard a monk rustling behind the altar to turn on the stereo system.   In spite of my romantic bubble being burst, I still found peace in this tiny chapel by the monastery in Monterosso. 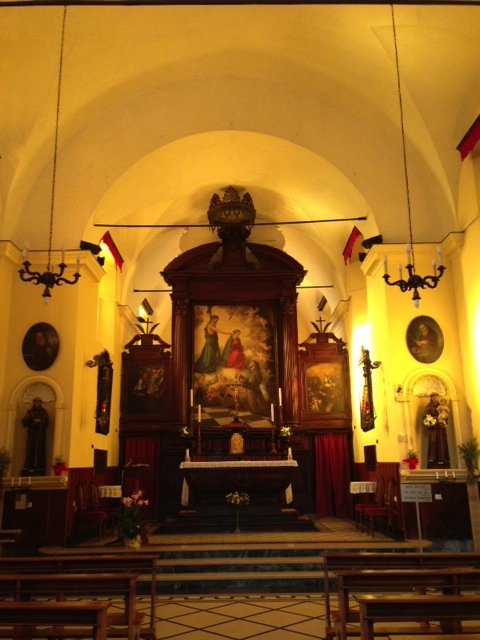 Thank you, Nancy, for your wonderful  post. You so beautifully captured the beauty and silence of this chapel on top of the hill.

This is just a sample of the experiences you can enjoy when you join my Italy Retreat For Women to live la dolce vita–a time of adventure in Italy and transformation. Next one is September 8-17, 2014.