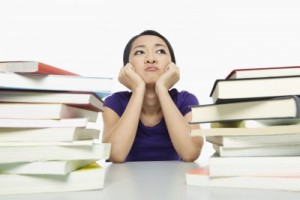 Do you want to overcome procrastination?

Procrastination is the habit of delaying, or carrying out less important tasks in favor of more urgent ones. There are several factors that feed procrastination. The effects of procrastination range from minor inconvenience and mild frustration to the havoc wreaked on productivity, health, relationships and the resultant resentment, irritation, guilt, shame, etc.

Often when we procrastinate we put off doing the things that we associate with feelings we want to avoid. Instead we opt for less important tasks which are more pleasurable.

I’m afraid I’ll work really hard, and I won’t succeed.  The pain of disappointment and failure is too much, so I won’t even try.

I have too much to do, I have to get everything done by tomorrow, I don’t know where to start.Sometimes there really is too much to do because of over- scheduling, and that leads to other self-defeating beliefs about what has to be done, about saying no, about judging how long things take to do. Often the feeling of overwhelm is a way of avoiding the fear that we will not perform to the satisfaction of others. If there is too much to do, it’s a perfect excuse, and we’re off the hook.

I am a bad person, because I put things off, leave it for others, and let people down. What makes it difficult for procrastinators to help themselves is their inability to admit there’s a problem; it wasn’t really important, somebody else could do it, I didn’t really want it that bad (the job, the season tickets, the cheap airline fare).  Once they admit it, they heap shame, guilt and self-reproach on themselves.

If I’m happy, I might miss something, I might not be motivated to try as hard as I need to.

During a coaching session, a young man named Joey talked to me about his life-long habit of how he would feed procrastination and what he had done so far to change his self-destructive behavior.

First, he had stopped beating up on himself for procrastinating.Otherwise, shame and guilt made him so lethargic that gradually he would cease any productive activity. He decided to face his weakness and take action.  Step by step, he accomplished small goals, experienced success, and put things off less often.

Then I asked Joey if he still procrastinated. He said that sometimes he found himself putting things off when he felt anxious.  When the task was difficult or wasn’t happening quickly, he became so anxious that he didn’t want to keep trying.

I asked him what might happen if he weren’t anxious, even though the task was hard and taking more time than he wanted. Often our beliefs are conflicting. If he weren’t anxious he had a belief he wouldn’t try hard enough; but when he was anxious, he put things off and did other more pleasurable things instead (check e-mail, Facebook, Twitter), anything to avoid the feeling of anxiety.

Double whammy! Like what happens when I wanna be happy but I’m feeling anxious because I’m not happy. I want to succeed at this task, but I’m avoiding it because I’m anxious about not being successful.

Joey said if he were happy (not anxious), he might miss something, make a mistake, and not try as hard.  Upon further exploration, Joey realized that he did not need anxiety to make him alert, careful, and motivated to try harder. What did he want instead?  “I want to be excited and curious to see what my efforts will bring.”

Years ago Paul Graham wrote these words of wisdom inPsychology Today, “I think the way to solve the problem of procrastination is to let delight pull you instead of making a to-do list push you. Work on an ambitious project you really enjoy, and sail as close to the wind as you can, and you’ll leave the right things undone.”

Do not Feed Procrastination!

So I invite you to make a delicious meal with new ingredients to feed your happiness and starve procrastination.

Stay tuned for the next installment: more BS about procrastination + some tips to overcome it.

Why do YOU procrastinate? How have you overcome it?

I’m writing this post from Italy where I am feeding my happiness! Hope you are ‘letting delight pull you instead of making a to-do list push you.’