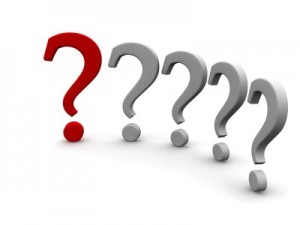 Step 1: Write down a negative judgment, or limiting belief that you know keeps you stuck or makes you unhappy. A belief is a perception of reality or a conclusion that you’ve come to based on past conditioning. Some examples are “I’m not good enough.” “I can’t do it.”
Write the following questions on paper. After you ask the question, notice your first thoughts, body sensations, images, then write your responses without editing.

Step 2: Ask the first question: Do you believe that? If you believe it sometimes, then it is still affecting every decision you make in your life.

Step 3: Why do you believe that? You have some reasons or proof that you’ve used in the past to build your case, trying to prove the belief to be factual. Explore it here.

Step 4: Do you know if it’s true? (Why might you believe something that you don’t know is true?)

Step 5: What might concern you if that belief were gone? This is a crucial question to answer. In other words, “what might happen that you would not like?” There is a concern about the belief being eliminated, otherwise it would not be there. It’s serving you in some way. Let this question sink into your heart and it will awaken you.

Simply questioning your limiting beliefs—and the reasons you may have been holding on to them—allows those limiting beliefs to start dissolving automatically. When you realize the limiting belief is no longer true, you feel freer, happier and more open to love.

This is an exploration of limiting beliefs, not an exercise to choose a better belief. If another limiting belief is uncovered during this process, then begin with Step 1 again and question a new belief.  Just explore the limiting ones, and our perceptions will change. When our perceptions change, new possibilities open like fresh air and sunshine.

Ask these questions for any limiting belief that limits you or hurts you in some way.

The dissolution of limiting beliefs works because once you realize that the belief is no longer true, it starts to dissolve, along with the conflicting feelings attached to the belief.