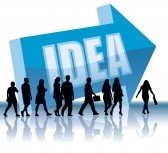 I don’t know why, but I’m always surprised when I hear about women’s rights still being an issue, especially in the United States. Of course, I personally feel lucky to have been born here because we have more rights and opportunities than in most other countries. However, I’m grateful for women like Lilly Ledbetter, who fought for her rights, that will benefit our daughters and granddaughters because Lilly actually won’t benefit from the Fair Pay Legislation. Her story is that she worked for Goodyear Tire for 19 years before she found out that she was getting paid less than her male co-workers who had similar experience and education in the same job.

Iron Jawed Angels starring Hilary Swank as Alice Paul, Women’s Suffragist, was so inspiring because it told a relatively unknown American story of the courage and persistence of Alice Paul and other women who fought for women’s right to vote and were jailed and mistreated, until the 19 Amendment to the US Constitution was finally passed in 1920. The limiting beliefs about women not being capable of voting just makes me close my eyes and shake my head.

Before President Obama signed the Fair Pay Legislation on January 29, he cited the Census Bureau figures that show women still earn about 78 cents for every dollar men get for doing equivalent jobs, and it’s even less for women of color. He said Ledbetter lost more than $200,000 in salary, and even more in pension and Social Security benefits.

The bill, which amends the 1964 Civil Rights Act, also applies to discrimination based on factors such as race, religion, national origin, disability or age.

Women’s rights is a human rights issue that is being widely abused. But, more people are rising up to fight against false beliefs. To my surprise, there is a women’s movement in Iran

http://www.npr.org/templates/story/story.php?storyId=100039579 Guity Ganji (heard in the audio link here) said that she talks to mothers in Iran, trying to make them understand that what they believe deep down is transferred to the baby. So, if a girl is born, and the mother doesn’t believe the girl is as good as a son, her daughter will carry that belief. She teaches them that social change takes a long time, and not to give up.

In the same NPR interview, Ebadi, a human rights lawyer, received the Nobel Peace Prize in 2003. At the ceremony in Oslo, Norway, she talked not just about women’s rights, but Iran’s ancient tradition of human rights.

As stated on the NPR site, “Perhaps because Ebadi had become such a powerful symbol, it was almost inevitable the government would crack down on her. Ebadi has experienced intensified harassment. In December, her office dedicated to the defense of human rights was shut down and her computers seized.”
It seems that the fight to counteract false beliefs is an outward plight but also within each of our minds. Take a look and see what beliefs you may harbor that hide you under our own veils and imprison you. A limiting belief is like an idea that lost direction. Let’s make the shift and change directions.